Enabling JavaScript in your browser will allow you to experience all the features of our site. Learn how to enable JavaScript on your browser. Shop Indie eBooks. See All Customer Reviews. Shop Kids' Books. Add to Wishlist.

USD 4. Sign in to Purchase Instantly. Explore Now. Buy As Gift. Overview Have you ever wanted to be someone else? Or wished for something that you didn't have? Normal Nina knows all about it. She stroked Emp who was now asleep on the chair next to her bed and shimmered into the uniform of The Damned complete with short sword. Finding the switch in her mind that only the Guard posses Kittara transferred her reality just behind the main doors of the most heavily defended place in the Multiverse.

What was the last movie you saw?

The Temple of the Flame. She knew at least pairs of eyes were watching her as she arrived, the Temple was not the place for anyone wanting to hide. No one knew the last time the entrance doors had been opened, anyone arriving had to be brought by the Guard and only the Guard ever left again.

She took herself to just outside the main chamber of the Temple where the clerics held gatherings for special occasions, including marriages. Since the first age of the Temple clerics are invited to enter the Temple, with the knowledge that once they enter none may leave. Over the years relationships form, and children are born who are destined to live out their lives in the Temple. Not that it is a cramped world by any means.

The internal dimensions have had their reality stretched until some thousand clerics now inhabit a city within a city of some square miles. Even what seemed to the outside to be a small inner courtyard had been stretched to be a park a mile across. Very few of the children born into service of the Temple ever tried to escape, there really was no way out. There had been a few suicides, but on the whole they enjoyed their world and of course every year saw the arrival of new people who had not only volunteered to join their world, but had considered it to be the highest point of their lives.

Today Kittara avoided the main hall and walked down a small and insignificant looking side passage, She always enjoyed walking down this passage and she hoped no one else was in the chamber ahead. She passed through the gap in the doors which were ever ajar into the presence of The Flame, the genuine eternal Flame. It had been pushed deep into the rocks of the planet and then the modern temple constructed above and round it. The stones that made up this chamber had come from a multiverse that had died a very long time ago.

Showing The games this wo. They will leave a signature and Luri is helping me track them down. I had made an engagement before your letter came, and I couldn't very well put it off. Percy himself. SUuck out By Carrick, 5; by Orth, 5.

The physical laws that created them no longer existed, yet here they were, permanent and never changing. No forced stability by Chlo was needed here, there was no half life for these stones, no constant threat of entropy. There was no reality for them here, no rules that told them how to age, so they would stay as they were forever. There were no seats here, but sometimes clerics came and sat on the floor. Today she was pleased to see she had the place to herself. In front of her was a stone about 20 feet across that protruded a few inches from a hole in the ground.

It looked what it was, a huge plug of stone rammed into the hole in the floor and held in place by almost unimaginable forces. In the middle of the stone a flame started about an inch above the surface and rose in a teardrop shape to about 3 feet high. Kittara walked onto the stone and sat crossed legged in front of the flame. There was real power here, power beyond Chlo using every trick she knew to keep the stone well pushed home. Real live power, the same power as she felt in the sentinel temples, but much more raw. She concentrated on looking deep into the flame and meditating on her surroundings.

This place was real. Beneath her in a chamber under the stone was the crawling chaos. It waited never sleeping, never resting for a chance to escape and return the multiverse to the chaos it was formed from. No planets, no stars, no life, just a swirling vortex with no purpose or structure. She had often wondered if the term actually meant anything.

There was a feeling of darkness about the chamber where she sat, but that could be the residue from countless billions of years of scared clerics. To her it was an unfathomable force from before time, but never a he or a she. He was gone, no doubt Jen was refreshed and ready for more fun. Once again Kittara looked deep into the flame and stilled her mind. Sikush had warned her. Then boredom sets in when they start to see eternity stretching out in front of them. You need to find a way to deal with it, a focus.

She started to experiment with the proximity of fireball spells to add excitement to her life and nearly burnt her feet off. She cut corners on missions to deal with raiders, she started having hours and hours of sex with some very strange creatures. Her life had been an exciting whirl that she was trying to cram into 30 or 40 years if she was lucky, before she ended up being killed by a town full of pissed off colonists. Then she was given forever!

No one attacked the Guard and why the hell was she being given baby sitting duty anyway? The Guard looked bad, the Empire looked bad and she was in trouble. No member of the Guard had ever been executed, but Alyz had tormented her with various stories, all probably untrue of punishments for the Guard.

One had involved thousand years of sewer cleaning. Herusher was the oldest of The Damned and in theory at least their leader, though they took care of their own duty rotas. What puzzled her about Herusher was that he chose to look old. Given a choice at initiation all the Guard, almost without exception choose to look young, fit and attractive.

Herusher looked old, wizened and ugly. Not that his appearance slowed him down. There it had been said. She could have run, moved her reality to another dimension and hope it took them years to find her. Instead she looked at the floor and felt miserable. 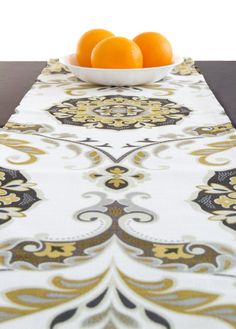 Her initiation had been painful, they all warned her it would be. Sikush had taken her to a cavern in a part of Qasit, a strange mixture of part worlds where the normal rules of the multiverse seem to have been forgotten. He moved his hands over her flesh and it felt like he was cutting her flesh to the bones, and she did not move or scream. Then had come the pleasure. That too went on for some time and then he had gently put his arm under her and lifted her so she could sit on the edge of the slab. She had spent ages with Chlo going through how she wanted to look, but it was still a shock to look down at the dainty feet and shapely legs that must be hers because they moved when she wanted them to.

Then he asked her to give a simple vow to protect the Empire and its people, and his hand moved over her shoulder blade to give her the sacred mark of The Damned. Immorality was rampant, a code of ethics was all but non-existent, and her theology was badly tainted. Yet, says Paul, her members are sanctified — they are saints. And so are we! Because of Christmas we have been given the position of being children of God — brothers and sisters of Jesus Christ!

At our baptisms, God put his mark, his seal, his brand upon us. He gave us the same royal status as that of His Son! Did you ever slice an onion? What does the core of an onion look like? There is no core or substance. An apple has a core. Plums and peaches have pits. But an onion is merely the sum total of its layers. It is so easy for us to simply become the sum total of what others expect or want us to be. Soon we lose track of our identity. Never forget who you are!

You are a brother, a sister, of Jesus Christ. You are a saint! Palasan was at work when the devastating earthquake struck Armenia in After Palasan had managed to help 28 children out, an aftershock hit that completely collapsed the building and killed him. We are saints!

We are brothers and sisters of Jesus! Thrilled at the prospect of seeing my grandmother again after twenty-five years, Greta booked passage on the first steamer leaving Rotterdam, settling for accommodations in steerage rather than waiting for another six months to travel in the grand style that her relatives had planned for her.

A thoughtful purser, familiar with this common choice among families anxious for reunions, discreetly offered the hospitality of the upper decks of the ship during the day. Greta declined this privilege, however, and remained sequestered in her dark, rancid, and noisy quarters for the fourteen long days of her journey. Only on disembarking in New York Harbor did Greta behold what she had been missing. On those upper decks that she had regarded as off limits were tapestries, chandeliers, wood-carved cornices, oriental rugs, silver, gleaming crystal, and buffets laden with exotic and plentiful food and drink.

Most alarming of all, though, there were people just like Aunt Greta, stranded in fourth-class sleeping accommodations, who had accepted the invitation of the venerable steamship company and had toddled above to enjoy the treasures daily. God, through Jesus Christ, has put us in His family and invited us to live in royalty. That will make a lot of difference not only in our attitude but in how we live. I was humored and saddened recently when I heard the NFL players complaining about their salaries. They talked about striking when their current deal with the team owners ends — which is still a few years away.

I was saddened because it reminded me again of the insidious power of greed.